Victims of child abuse, which include sexual and/or physical abuse, have legal rights under Kentucky civil law to seek monetary compensation for their suffering and injuries. Not only can the victims and/or the parents of the victims pres criminal charges for the abuse to the child, but they can also file a civil lawsuit against the perpetrator and others who bear responsibility for what has happened. Those who can be held civilly liable in addition to the actual abuser are the businesses where the abuse took place, such as a daycare or other entity where the child has been left in the care or protection of. These types of civil claims involve allegations of negligent hiring, negligent training, and/or negligent supervision, on the part of the daycare or business.

Often times, the businesses and employers are the best avenue of monetary recovery due to they carry insurance policies that will afford monetary coverage for these types of matters.

The Ackerson Law Offices (www.kyfirm.com) has handled numerous cases daycare injury and abuse cases where suit has been filed on behalf of the child to recovery monetary compensation for what has happened and to afford the child money to pay for future costs involved with recovery, which often includes counseling.

END_OF_DOCUMENT_TOKEN_TO_BE_REPLACED

When accidents or injuries happen at daycares, the daycare itself, as well as those persons personally responsible, can be held civilly liable under Kentucky Law to pay compensation to the child and the child’s family. In cases of accidents, it’s a personal injury style case, similar to another auto accident style case, slip and fall style case, or premises liability style case. In cases involving abuse or sexual assault, the types of claims usually involve legal actions such as assault & battery, negligent hiring, negligent retention, negligent supervision, or claims of failure to follow policies, as such are all factors that contributed to the abuse or assault being able to occur.

Chris Baker, age 9, is autistic. On December 14, 2011, Mercer County School Officials stuffed Chris into a bag after he was described as “acting up.” When Chris’ mother, Sandra Baker, arrived Mercer County Intermediate School she found her son stuffed into a bag designed to hold athletic balls, with the bag’s opening tied shut. The school had left the boy in the bag in a hallway with a teacher’s aide sitting next to the bag. It has been reported that school officials have called this event a form of therapy for the boy.

This is shocking that a school would tie up and confine a child in this manner. From a legal prospective, the Baker family should seek legal assistance to pursue legal claims against the school officials responsible for this tragic form of child abuse. Actions like this must not go unchecked, and the Baker family would not only be doing a serve for Chris to pursue with legal action, but would also be doing a service for their entire community to ensure tat this sort of event is never again allowed to reoccur.

State education officials are investigating these matters. Chris and his family are entitled to seek legal damages from this tragic event.
END_OF_DOCUMENT_TOKEN_TO_BE_REPLACED

An eastern Kentucky pastor, Jeremy Dewayne Caraway has been charged with sexually abusing a child. Caraway, age 36, was book into the Harlan County, Kentucky Detention Center and charged with two counts of second degree rape, sexual abuse, sodomy and unlawful transaction with a minor. The girl that Caraway is charged with raping in under the age of 14 and was a member of the Loyall Church of God. Caraway is a pastor in that church.

The rape victim and her family may be able to pursue civil damages against the church, in addition to civil damages against Caraway. The legal claims would seek to recover emotional distress, pain & suffering, and medical & therapy bills for the minor child. This case would also be considered an assault and battery case. In cases where young children suffer sexual assaults, they have a need for a tremendous amount of therapy to overcome the emotional trauma of what has happened to them. The emotional scars can last a lifetime and have negative effects upon employment and relationships.
END_OF_DOCUMENT_TOKEN_TO_BE_REPLACED

A Kentucky JCPS school bus driver has resigned after he was found in a park with a student who was also a passenger on his bus. Police found the male bus driver and the teenage girl in the park together over the weekend. The school bus driver was immediately suspended by the school system upon learning of the events, and then he subsequently resigned. It is alleged that the school bus drive had ton other occasion taken the girl to movies and out to eat.

This, at a minimum, is clearly a case of inappropriate activity with a person under the age of 18 by an adult in a position of authority. Further facts may point to this being much worse, as sexual activity may have occurred. This author and attorney believes that case like this are predatory in nature and cause much concern over the activity of these types of adults around children.
END_OF_DOCUMENT_TOKEN_TO_BE_REPLACED 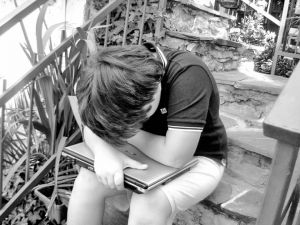 A 23 year Kentucky old man was found dead in a catholic school parking lot after he shot himself in the head. Prior to committing suicide, the 23 year old posted online criticism about a few priest where he attended high school, which was the parking lot he was found dead. The dead man had graduated form the high school in 2006. He posted online that the abuse in the church is “real” and that he hopes to “save at least one child from the pain and torment that I had to go through.”

Abuse of children is one of the most horrific crimes possible. It is an act perpetrated by those in positions of power and influence over the young, and takes advantage of the children’s innocence and position of weakness. Institutions like churches and schools who allow this activity to occur are as guilty as the offenders themselves, as it is the role of such places to protect children and take steps to prevent such abuses.

In cases of child abuse and sexual abuse of children, the children have legal claims against the offenders, and potentially against the employers and institutions which are responsible for supervising the children. In cases where suicide results from the abuse, the Estate of the victim can bring a wrongful death claims also.

The scars and injury from abuses to children continue for years into adulthood and can ruin lives of the victims and their families. Victims often find the need for a lifetime of therapy and often turn to drugs, alcohol, and even suicide to avoid the pain, mental anguish, and guilt they feel for having been a victim.
END_OF_DOCUMENT_TOKEN_TO_BE_REPLACED 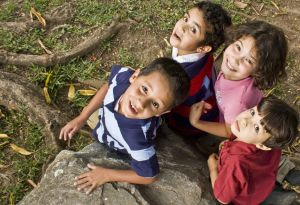 In Kentucky, when personal injury cases involve minor children, under the age of 18, the lawsuits are required to be brought in the name of an adult. Usually these types of claims are brought in the name of a parent of the child, specifying that the case is as guardian and next of friend of the minor child, who is named by initials only. This is standard for claims involving any type of personal injury claim, from auto accidents to dog bites.

Once the claim been settled through negotiations it will require Court approval to final the settlement. If the settlements are over $10,000.00, they will require a conservator be appointed fro the funds and yearly accountings will have to be filed with the courts. If the settlements are under $10,000.00 KRS 387.280 will govern what approval will be needed. Minor child settlements under $10,000.00 require the court to take evidence that the child is under 18 years of age, in the custody of his or her parents, and that the parent agrees to serve as trustee of the funds, using them only for the health, maintenance, and education of the child. Once such evidence is before the Court, a motion can be made to allow the settlement to be finalized.
END_OF_DOCUMENT_TOKEN_TO_BE_REPLACED 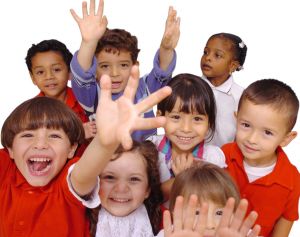 The Ackerson Law Offices have handles suits involving schools, daycares, and private swim clubs, where children have been sexually assaulted by adults, including persons in authority position.
END_OF_DOCUMENT_TOKEN_TO_BE_REPLACED