Two people have died from an automobile crash in Lexington, Kentucky. It has been reported that a Mercedes Benz was traveling a high rate of speed after the University of Kentucky Campus Police attempted to stop the vehicle. The auto accident happened on East High Street. As the car traveled at a high rate of speed, the vehicle left the roadway and struck a tree. The driver of the Mercedes was thrown from the car and died at the scene from those injures. Upon impact with the tree, the car burst into flames. The passenger of the car never made it out of the vehicle, and died in the fire and crash.

It is unknown at this time why the driver may have attempted to avoid the police. However, whatever the driver’s reasons for traveling so fast, it was negligent to do such and appears the cause of this tragic crash. The passenger’s Estate and family will have a Kentucky wrongful death claim against the driver and his insurance company. 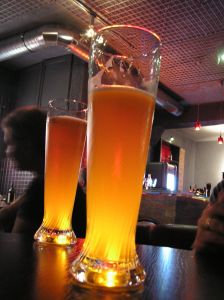 Cecil Johnson of Lancaster, Kentucky, age 61, died late Saturday after his motorcycle left the roadway, struck a ditch and flipped several times. The Kentucky motorcycle accident occurred on Moran Mill Road in Madison County, Kentucky. Alcohol is a suspected factor. This was reported as a single vehicle accident.

Anytime a person is injured or killed in motor vehicle accident, the family of the person killed should have the accident thoroughly investigated. The investigation in cases of single vehicle alcohol related accidents involve where was the person travel from and to. Where had the deceased been drinking. In Kentucky, motorcycle and car accidents that involve alcohol can lead to “dram shop” liability. “Dram Shop” laws are aimed at punishing bars and restaurants that over serve alcohol to persons that then injure themselves or others. Mr. Johnson’s family should investigate the level of alcohol in Cecil Johnson’s body at the time of death, and if such was excessive, then investigate where he’d been drinking.

Wrongful death claims in Kentucky can be brought by the families of persons over served by bars and restaurants.
END_OF_DOCUMENT_TOKEN_TO_BE_REPLACED

A bus accident in Bardwell, Kentucky occurred after returning from taking children to an outing in Paducah, Kentucky. A bus lost control went off the road and rolled several times. One child is reported to have died at the scene, and other children were injured and taken to the hospital. The driver of the bus and an adult chaperone were both airlifted to hospitals due to their injuries.
END_OF_DOCUMENT_TOKEN_TO_BE_REPLACED

A fatal accident on I-65 near Elizabethtown, Kentucky has killed three people and sent four others to the hospital with injuries. The accident involved a FedEx semi-tractor trailer truck and a SUV. The reports indicate that the semi bumped the rear end of the SUV and sent the SUV out of control, eventually flipping over. The FedEx driver was not injured, but the other people injured and killed were all in the SUV. The three people killed were ejected from the SUV. The SUV’s driver and another adult passenger were taken to University Hospital with injuries and two children were taken to Kosair Children’s Hospital.

The SUV was traveling with a family from Chicago, who was returning from a wedding in Florida. What caused the semi to bump the rear end of the SUV is still being investigated. This is a tragedy for the family involved. This family, including the Estates of the three deceased family members, will be able to make legal claims against FedEx for the injuries and deaths that resulted from this accident. Justice will require that their medical bills be paid, lost wages be reimbursed, compensation be given for their pain & suffering, and in the cases of the deceased family members, Kentucky law will allow for their Estates to recovery the lifetime of lost earning potentials, which will be substantial.
END_OF_DOCUMENT_TOKEN_TO_BE_REPLACED 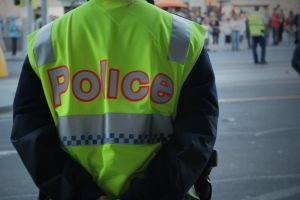 This is a classic case example of a Whistleblower lawsuit. The Kentucky Whistleblower statute is KRS 61.100 et seq. and requires that suit be filed within 90 days of the retaliatory action occurring. In cases like this, the Plaintiff is required to prove:
(1) that he was a government employee (as here a police officer);
(2) that he made a good faith report of a suspect legal violation to the proper authorities (as here he suspected drinking and driving, and reported it to law enforcement); and (3) that the report was a contributing and material factor in the decision made against him (the proximity in time between the report and the action taken against him, as is here the same day, will support such a finding).
END_OF_DOCUMENT_TOKEN_TO_BE_REPLACED

A Kentucky federal lawsuit claiming religious discrimination against the University of Kentucky by a former professor has been settled prior to reaching a jury trial. The case was in the U.S. District Court for the Eastern District of Kentucky, and the judge had ruled there was enough evidence for the case to go to a jury trial.

The allegations of the case were that Professor Martin Gaskell was considered to be the top candidate for UK’s director of it new observatory, until the University became concerned about Gaskell’s religious beliefs and how he coupled such with scientific beliefs.

UK has agreed to pay Gaskell $125,000.00 to settle the case. This is the equivalent of nearly two years salary for Gaskell, who has since found other employment.

In Kentucky, people who believe that they have been discriminated against in the workplace can file suit under federal anti-discrimination laws or under the Kentucky Civil Rights Act (KRS 344.010 et seq.) There claims are viewed under a multi-prong test which establishes the evidence and shifts burdens of proof. Discrimination cases can be very difficult and hard fought because in most cases they boil down to conflicting testimonies of what really happened and why it happened. Many times, employers will try to mask their discriminatory conduct by coming up with other reasons why they did what they did with regards to the employee. Because of such, these type of cases require a tremendous amount of time combing through documents, emails, and deposing witnesses.
END_OF_DOCUMENT_TOKEN_TO_BE_REPLACED 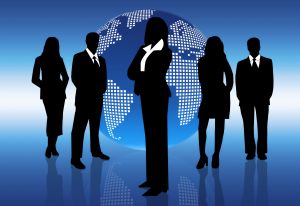 Government Employee Whistleblower Protections
It is illegal for a government agency to take action against an employee who in good faith reports a suspected violation of law, fraud, or abuse of authority, to the proper authorities or another government agency.
These persons are referred to as “Whistleblowers.”
END_OF_DOCUMENT_TOKEN_TO_BE_REPLACED