Rebecca Rowe, age 56, was killed Monday in a single vehicle car crash. Ms. Rowe swerved the vehicle she was driving to avoid hitting a horse. When she did, her car flipped, left the roadway, and sank in a pond. Ms. Rowe, who was wearing her seatbelt, was not able to escape her car and died in the sunken vehicle. This is a case where a tragic turn of events took the life of a woman who had a long life ahead of her. Her accident, based upon the reports and eyewitness statements, appears to be the result of avoiding a horse that should not have been encroaching the roadway.

Owners of animals and livestock have a responsibility under Kentucky law to keep their animals from freely roaming. When an animal roams freely and causes an auto accident, the animal’s owner is legally responsible for the negligence that animal causes. Because this accident involves a fatality, the family and Estate of Rebecca Rowe will have a Kentucky wrongful death claim against the animal’s owner. Under Kentucky law, this type of legal claim will entail claims for a lifetime of lost earning capacity of Ms. Rowe. Due to her young age, the legal compensation that can be claimed will likely be substantial.
END_OF_DOCUMENT_TOKEN_TO_BE_REPLACED 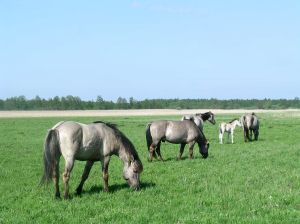 Kentucky Revised Statutes 259.210 provides that livestock are not permitted to “roam at-large” and the owner is liable for any damages that may result. Owners of livestock, horses and cattle, are responsible to take reasonable and prudent measures to assure that these animals do not roam freely and cause accidents or injury to others. That responsibility includes fencing the animals in and taking other precautions so the livestock do not cause problems for others in the surrounding area. When those responsibilities are ignored or neglected tragedies such as this can result, including serious and fatal auto accidents.

The landowner’s insurance companies should be responsible for medical bills and other harms and losses that are incurred when animals roam freely and cause injury. These types of incidents along country roads cause major motor vehicle crashes. Additionally, more aggressive animals that get loose and roam can attack adults or children.
END_OF_DOCUMENT_TOKEN_TO_BE_REPLACED

against landlords. In Kentucky, a landlord is “not a guarantor of the tenants’ safety.” See Davis v. Coleman Management Co., Ky.App., 765 S.W.2d 37 (1989). However, a landlord owes a duty to his tenants to exercise reasonable diligence to keep common areas retained under the landlords control in a safe condition for the tenants. See Davis v. Coleman Management Co., Ky. App., 765 S.W.2d 37, 38 (1989).

“A possessor of land who leases a part thereof and retains in his control any other part which the lessee is entitled to use as appurtenant to the part leased to him, is subject to liability to his lessee and others lawfully upon the land with the consent of the lessee or a sublease for physical harm caused by a dangerous condition upon that part of the land retained in the lessor’s control, if the lessor by the exercise of reasonable care could have discovered the condition and the unreasonable risk involved therein and could have made the condition safe.” See Restatement (Second) of Torts, Section 360 (1965). 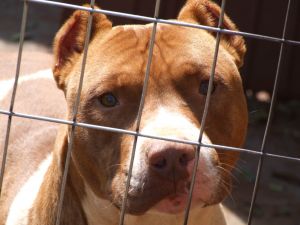 In Kentucky, owners are responsible for injuries caused when their dog injuries a person. Kentucky Revised Statute (“KRS”) 258.235(4), states: “Any owner whose dog is found to have caused damage to a person, livestock or other property shall be responsible for that damage.” This means that Kentucky is a “strict liability” state when it comes to dog bites and dog attacks.

Who better should take responsibility for a Kentucky dog attack injury than the owner who could have prevented it by taking proper precautions in controlling their animal? However, people and children who are bitten by dogs or attacked by animals may face legal hurdles to seeking to be compensated for their injures.

Even though KRS 258.235 created a strict liability action, negligence principles are still applicable, as the dog owner’s liability may be subject to the doctrine of comparative negligence. This means that dog owners may seek to have a certain amount or percentage of the fault from a dog attack assigned to the victim of the dog bite or dog attack. That percentage of fault sought to be assigned by the dog owner to the victim may be attributed to the victim’s status as a trespasser upon the property and/or the victim’s behavior causing the bite or attack. Under a strict liability theory, the owners of an animal may still try to exculpate themselves from liability by showing that the harm was caused by the victim’s fault, or by the fault of a third person for whom the owner was not responsible, or by a fortuitous circumstance.
END_OF_DOCUMENT_TOKEN_TO_BE_REPLACED