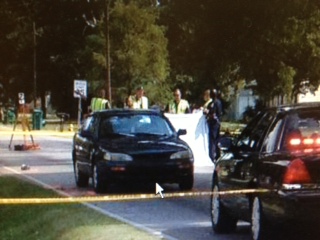 Damon McClain, age 40, of Louisville, Kentucky was killed in a moped crash that occurred at the intersection of Dale Ray and Rangeland Road, in Louisville, Kentucky. The accident occurred shortly before 2 pm when a Toyota Camry turned left from Dale Ray onto Rangeland Road directly into the path of the moped. Mr. McClain’s cause of death has been ruled to be multiple blunt force trauma from the crash.

Moped are not different from bicycles, motorcycles or cars. Drivers owe a duty to moped riders to be watchful of their use of the roadways, and afford them the same right-of-way privileges that would be afforded to any other vehicle. All reports would indicate the driver of the Camry was not paying attention or was in a hurry, and thus failed to afford the right-of-way. Persons killed in motor vehicle crashes, even moped accidents, have legal rights under Kentucky Motor Vehicle Laws. In cases of deaths, the family of the person killed may pursue civil legal action, known as a Kentucky Wrongful Death Claim, whereby the family can establish a legal estate to represent the deceased person and seek legal compensation for the death from he at-fault driver and the insurance company representing the vehicle in the crash. (Link to Legal Damages Information)

Under Kentucky Law, persons killed in motor vehicle crashes are limited in the damages they can seek to recover under Kentucky civil laws, as compared to the damages that a person who is injured but not killed can seek. Motor Vehicle insurance coverage can vary also. More information can be found about Kentucky Wrongful Death Claims at the Ackerson Law Offices website. (www.kyfirm.com).