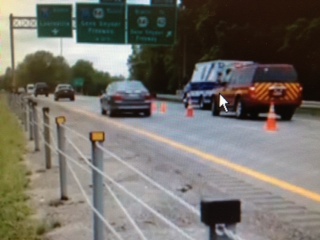 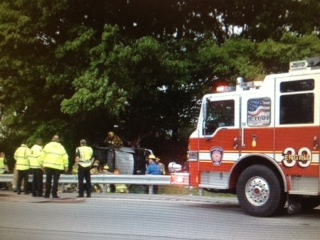 The Louisville Kentucky car crash happened around 8:30 a.m. this morning on Interstate 71 in Louisville, Kentucky. A GMC Envoy driven by a woman with two female passengers was traveling southbound on I-71 near the Gene Snyder Freeway when the SUV left the road and crashed for unknown reasons. The driver and one passenger were seriously injured. Another female passenger, believed to have been pregnant, was ejected from the vehicle and died from her injuries. The three women were not from Kentucky.

Persons injured and even killed in single vehicle accidents have legal rights under Kentucky law to be legally compensated for the injuries sustained, and even a death, that is the result of the negligent driving of the driver of the vehicle they are traveling in. The driver and the driver’s insurance company can be forced to pay for medical bills, lost wages resulting from the accident, pain and suffering, and in the case of a death, the deceased’s lost lifetime earning and wages capacity. The passenger injured in this crash will have a Kentucky Personal Injury legal claim and the passenger killed will have a Kentucky Wrongful Death legal claim.

In case’s like the one herein reported, it is important for the families of the injured or killed to have legal representation preserve the evidence from the crash and insure that a thorough accident re-construction is performed.